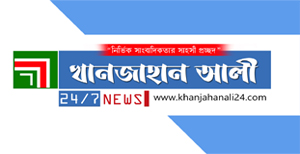 Investigative Report: When the silent killer and vocalist took the extreme size, the local administration went under a little embarrassing situation. They have to change the process frequently and control them.

Already, law enforcement agencies have taken tough positions across the country to prevent silent killers. Many deals have died in gunfight. More than three thousand were arrested. Due to the constraints of the law, many drug cartels have gone back to their former state on bail.

In every district, similar images can be seen, but diversity is observed in Jessore district. District law enforcement agencies in Sadar upazila of the district are not less than the amount of drug control. In this process, the businessmen were arrested, but the number of wasolated businessmen was increasing day by day, they were being detained, and again on bail, the drug Bikikini started again.

But the drug dealers disappeared! The amount of case is reduced. Why is that so?

Ramnagar UP chairman of Sadar upazila, Naznin Nahar told the Khanjahan Ali 24/7, that the influence of drug sebi and traders here was a time when they were arrested, but now they are under control. Now the effect of Makdak is not visible. Are they imprisoned? The chairman said, no question. They are released on bail but are not engaging in drug trade. Many of the business executives are working through the work of manual labor. We have also kept a vigilant attitude along with the administration. Referring to Pran’s role, the chairman said that this change was observed after OC Apurba Hassan came to Kotwali Model Police Station. Chairman Nazneen Nahar, who did not want to comment on the death of Pagla Shahin, accused in the murder case of his husband Alamgir Hossain.

Churamankati Union Parishad Chairman Abdul Mannan Munna said that although there was a zero tolerance policy for the drug, it was not possible before. OC Apurba Hassan has been reduced by almost 90 percent after the responsibility of the dealer’s violence. 10 percent of those who are old people of the village collect date juice and drink it. We have not taken any action on behalf of the administration or union. The date palm does not have any adverse effect in the society because of which it did not take any action. Someone who was a drug dealer before, has been running Eezibak, some day laborer, some are living in a shop. After this, if any allegation comes, then the union parishad will take up the rehabilitation with the legal system.
We’ve got a lot of charismatic OC, whose strategy is not only the drug in the last intervention but also the terrorism has decreased near zero in the room.

Deara Union Parishad chairman Anisur Rahman said, in my union drug terrorism was empty. There is some discordant drug cell, those who are being taken for action, have been shelved. About the Chairman OC Apurba Hassan said he is a very clean personality, a clean officer. As a result, he came to my area and took action about the overall search news with us, as a result of my union is now drug terrorism free. If he can stay in Jessore for a few days, you can give him a drug-free Jessore, who can give you a gift. InshaAllah

Basundia union council chairman Riazul Islam Khan Russell said that my union was a sanctuary of terrorism. OC Ajmal Huda was also taking action when he complained. But after the arrival of Apurba Hassan, he got him in the night. For his strategic reasons, the drug dealers and businessmen of Boseudia Union started to return to normal life and return to normal life. Those who are being detained and arrested on bail, they are not walking on the streets of the streets – shops, fish business, Nasiman, eziebak are living in such a process. But the administration and I have an eye on them and around them. I will take action when I see any kind of adverse behavior. If I need any help, I will help him overall. OC Apurbal Hassan kept up to date and interacted with me in all related matters. That’s why the number of cases decreased. Nobody is able to file a false harassment case against anyone. After submitting the complaint, he is filing the case after investigating whether he is eligible for investigation. As a result, the violence in society has decreased.
Kotwali Model Thana Officer-in-Charge (OC) Apurba Hasan said to Khanjahan Ali 24/7. Everything is not possible by law. My objective is to not only succeed in controlling the elimination of drugs. That is why they have to understand those who have been associated with these illegal businesses for a long time. People think the police are the police, the money, the money. But I do not do it. I have been referred to as an OC since the arrest, given him a clear idea of his future, his family’s words, his childhood, and all his efforts to remind him of his child, and all of them motivation him. Understanding, there is a lot of possible, but there is no limit to the motivation even though there is a limitation of law. “Our Prophet (SM), who used to swear by the sword of the unbelievers in the battle field, slapped his hand with his hands after slapping his face and asked,” Do not you get hurt “. We have to be ideal in this good ideology. Apurba Hassan commented that there is no alternative to increasing public awareness in every household of the society. OC is also in a tough position on terrorism. If you can not complain of terrorism due to the terrorists can not come to the police station then the police will be there. Soon, Jessore police will call people to be friends He is running the process.

Flashback: After inaugurating the Benapole port police station, he was joined as the first OC on April 5, 2001. Mohammad Shahadat Hossain He was transferred after only three months to 19 July. On July 19, Syed Mustafa Kamal (PPM) joined as the next OC. He needs to leave for only 18 days. After joining the same on August 13, M Saiful Huda. He left Benapole for 4 months on December 10. Joining 4th OC Faruk Ahmed Khasru (BPM) on 10 December 2001. After the BNP MP Ali Qader was kept as a MP for protecting himself, a leader of the BNP’s Hawa Bhaban fell into a turbulent condition and he would have been transferred from the place on April 13, 2002, after 4 months. Shafiqul Alam joined as the 5th OC on 24 May 2002. He excelled in the blessings of a leader of the Hawa Bhaban, for two years. Finally, he was transferred on 2 March 2004. Jalal Uddin joined the 18th March 2004 as the 6th OC. He was transferred on 12th April 2005. Syed Mustafa Kamal (PPM), the former OC, who joined the same April 12 as the 7th OC. Now he did not have to leave for 18 days. After being here for about one and a half years, he was transferred on 11 October 2006. At the same time Mukul Hossain Molla joined 8th OC. He is going to leave for one and a half months on 26th November. Shahadat Hossain Khan joined the 9th of November as the 9th OC. He was transferred to the office on June 1, 2007, after 6 months. Abul Bashar was appointed as the 10th OC on June 1. He was transferred to 7 months in the month of January 31, 2008. Nurul Amin was appointed as the 11th OC on February 1. For one year 3 months left on May 10, 2009, elsewhere. On the same day Enamul Haque joined as the 12th OC. Due to various corruption, he was transferred to March 2, 2010. On 22 March, Aslam joined as the 13th OC. He was suspended from taking advantage of immoral benefits, including a bomb attack in Baisakhi fair in Benapole. A young man named Ziaur Rahman Zia was killed in the bomb attack and 10 others injured. Within a month and a half, he was released on May 6th. OC Abu Bakar Siddiqui joined on May 16 as the 14th OC. OC Sheikh Abu Bakar Siddiqui was transferred to 6 December for 6 months on charges of irregularities, corruption and bribery. Two days ago, the police officer, Ajmal Huda, was closing the charge of drinking alcoholic beverages. Shamim wiped the same day as the 15th OC. She was transferred on September 12, 2011, on 9th September. As the 16th OC, on 16 September, Hasan Hafizur Rahman came from Sharsha thana. On December 5, 2012, he was taken to police line by closing down the charge of discharging Tk 3.5 million from Hundi. Earlier, two sub-inspectors and one constable were cloned to the police line on the same complaint. AKM Faruk Hossain joined 17th December as the 17th OC. After two and a half months, he was suddenly transferred on 3 March 2013. On the same day, Mizanur Rahman Khan came as the 18th OC. He was transferred on September 30 after a six-month period on the decline of law and the two groups of the ruling party.

OC Qayum joined the Benapole Port Police Station on September 24, 2013 as the 19th OC, joining Benapole International Immigration OC in 6 days. Mosharraf Hossain joined the 3rd February 2014 as the 20th OC. He was transferred to only 2 months in the month. At the same time, the present OC Apurba Hassan joined the last 21st OC. He got transferred from Tejgaon in Dhaka to the Czech Post immigration. From there, they joined the port police station on April 3, 2014. He was acting as a single OC for long years and he was a proponent of BGB joint patrol in Simanta. The joint operation in Simanta is still in progress.

Report made by our team reporter: Mamun Muntasir